The stag and the moon 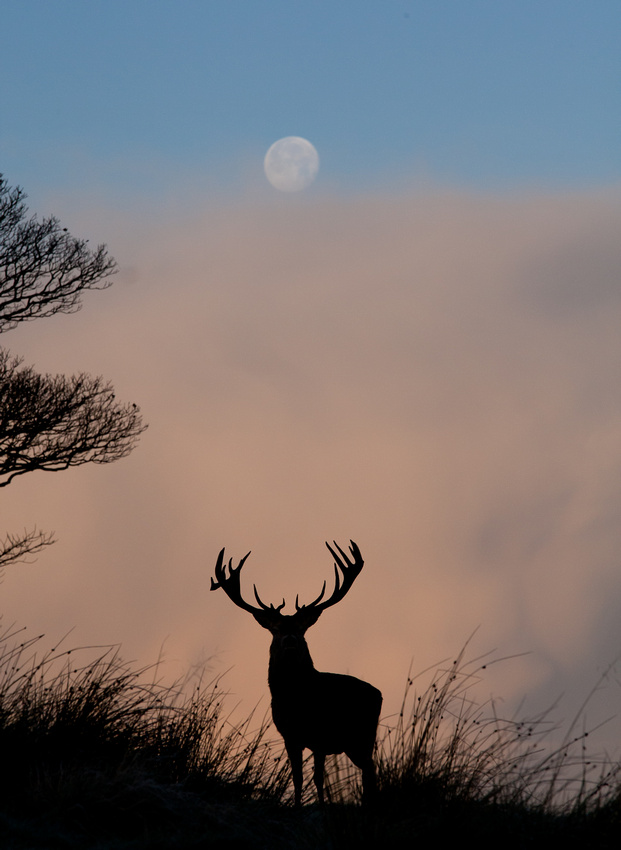 I was driving up to Lyme park in Disley thinking of what photos could I shoot that were different to what I have already got. The morning was a crisp winter morning and I had already had to scrape the car free of ice, so I thought maybe I might try a winter type scene. Lyme park doesn't open to the public until 8am, and having been told off by the rangers for sneaking in early previously (got to get that early light!) I knew that waiting for the car park to open would cost me precious dawn light.

Therefore I decided that if I parked nearby I could do a 15 minute walk and get in bang on 8am and be ready to shoot straight away. As I was doing this walk I noticed that the moon was low in the sky. Also, knowing the layout of the park I knew where the red deer usually were first thing in the morning, and which way they were likely to walk once the park opened. I thought there was a very good chance I could combine deer and the moon into one single shot.

Entering the park I couldn't see any deer - for whatever reason they were not in their usual place so I started searching around. Suddenly, one of the stags appeared in prime position. Brilliant! I was ready to shoot and had the 400mm set up. A quick glance through the viewfinder - oops to close. I had a lovely shot available of some antlers and half a moon. I changed lens as quick as I could to the 70-200mm and fired off one shot. A quick chimp of the screen followed to get an idea of any changes I needed to make, and as I looked up the stag was walking back down the hill and out of shot. This was literally the only frame, meaning I spent the rest of the day thinking of how many ways I could have mucked things up! Thankfully I was happy with the one shot I got.